Harrier pilots from across the generations have reminisced about their experiences of flying the British-designed vertical landing aircraft at the Royal International Air Tattoo.

Retired record-breaking RAF Harrier pilot Tom Lecky-Thomson, who flew an early-generation Harrier across the Atlantic for the 1969 Daily Mail's Trans-Atlantic Air Race between London and New York, met with pilots from the Spanish Navy Harrier who participated in the air display over RAF Fairford.

Participating pilots in the Trans-Atlantic Race started from the Post Office Tower in London and finished at the top of the Empire State Building.

Having taken a helicopter from the Post Office Tower, Tom then flew across the Atlantic non-stop after performing the Harrier's party trick, a vertical take-off from a railway yard near St Pancras station. With the support of aerial refuelling aircraft, he touched down on a pier on New York's East River just under six hours later, before making his way by motorcycle to the Empire State Building.

Tom said: "I am so proud to have been a part of the team that had made that flight. The Harrier was a wonderful aircraft to fly, even better than a helicopter when in the hover."

His Spanish counterparts were amazed when Tom explained he had just 70 hours of flight-time in the Harrier under his belt when he performed the amazing feat.

Meanwhile one of the pilots flying the Spanish Harriers, Navy Commander "Moro" flew his last ever Harrier sortie at the Air Tattoo, before he takes on a new post in Colombia.

After taking to the skies over Fairford on Sunday, his aircraft was greeted by a water arch provided by the show's firefighters.

"Moro", who has flown 2,200 hours in the Harrier during his career, commented: "I am very happy to have my last flight here, not many pilots get to have their last flight at an airshow.

"Flying the Harrier at the Air Tattoo is like being a rock star on a stage, there is so much support from the crowd."

Below: Tom Lecky-Thompson taking off from St Pancras Station in 1969 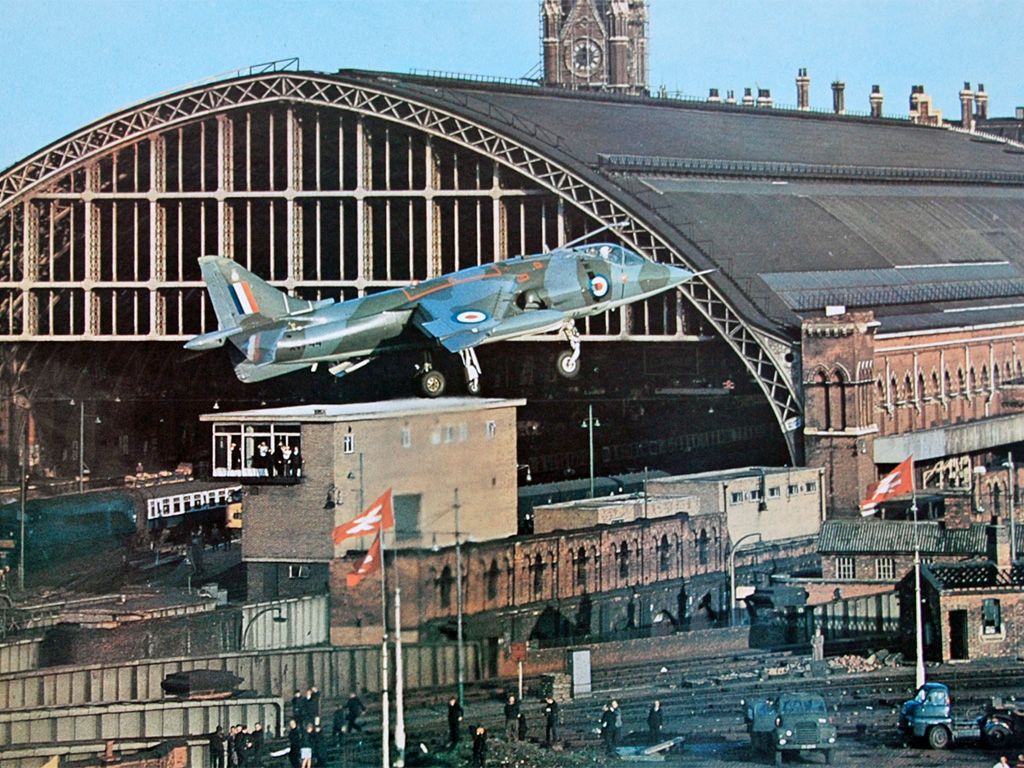